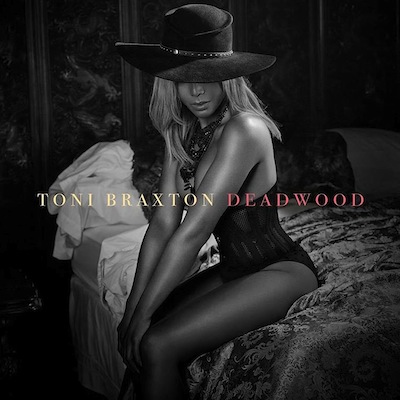 How random, this track and another by the same team minus Toni [Royce Doherty, Kwame Ogoo & Fred Ball] called "Sorry" were registered before the Babyface album was even out...

Well that will be definitely be it, can't believe she recorded it so long ago though she must have always been recording after Pulse in that case. So glad she's back!

Nice, roughly what I expected [kinda organic and warm, venturing towards blues/country ish soul], maybe hoped it was a bit darker and it's not exactly going to put her back on the map but it's pretty good.

I love this sound for her hoping for more R&B on the album but this is gorgeous.

She's been going for that sort of adult contemporary sound on Libra and suddenly went country during the last Pulse sessions, she's obviously always wanted to do that sort of thing more but they end up being the sort of odd ones out on her albums. So honestly I suspect they may be going for that sound all over this time around.

Yeah she always seems inclined to that Quiet Storm sound which I love because it takes me back to her debut. Like Tamar I hope we get a load of old school producers as opposed to brand new or unknown ones. Like I loved that they got her Robin Thicke for Pulse, I've loved him with female R&B artists since the 90s so that was genius A&R. Fred Ball impressed me on this but I'm hoping for more old R&B ones for the rest of the album..

Well yeah, she's also had like electric guitar solos and songs with a rocky influence on her earlier albums and some of the outtakes were somewhat acoustic sounding but none of those songs really had that country/soft-rockish sound that she took on with Libra. Like Places You Used To Be was a bit of a precursor to the 'country' songs from the Pulse era [like the Dapo & busbee sessions and how I Hate Love was done not too long before it came out etc. I Hate Love is hardly country but it's kind of Places Part II in both sound and theme].

I don't remember, did we get that Robin Thicke track or was it the Michael Warren / Dapo one that we got? They both had the same title.

Was it Don't Leave? I hope it is him

loved it and that sound for her regardless, like you say she's always tributed it since Libra and its going back to her original Quiet Storm sound of her debut which I love. [and they really explored it on the Babyface album too]

How is that [losing the rights]? I don't keep up with Braxton drama...

Well apparently when she went bankrupt the first time she lost loads of rights to songs along with it. And now this time [her second bankruptcy] she lost another 23 songs, as far as I know it was the Libra album and some of her old ones, some rich guy outbid her so he got them

She doesn't write on a lot of tracks anyway but I guess he gets money when anyone uses them now along with the songwriters..

Hm well maybe she owned her own songs or at least got the rights when she switched labels at some point or something?

I have no idea she must have had a good deal to own them to that extent, I always thought writers came first then labels unless you're a massive rich artist. [or can get writing credits put on like Beyonce, Bieber etc]

No I think usually the record company owns the basic rights to the song. The writers still own it to some extent of course, but it's not theirs to use as they please and that's probably a different story vice versa. The record company can probably use it on as many releases as they want, as long as the writers get paid for it. If a song wasn't written specifically for an artist, just a product of a random session, it's usually the producer that has the track and possible shops it around [or their A&R will]. We know Frankie had a tendency to revisit old tracks, so obviously it does happen - probably especially when a beat is used on another song. Like what happened with NKOTB - Twisted / Ciara - Don't Remember for instance. But I think in general most writers literally only have a relatively small percentage of their own tracks in their posession.

Yeah I dunno how hard it is to upload things to Spotify and other outlets though. Cause when that Shawn Mendes / Sia track came out it got onto a lot of bona fide digital retailers and it kept getting re-upped under different names and stuff and he / his camp were being super dramatic about it

Yeah I'm sure its all very complicated and done by lawyers in lots of different ways and percentages. Its so random when a beat is re used like that.

What was that track? I hate him but anything by Sia is a go for me

Well a producer just makes a beat and these days lots of writers write to it. It's probably more common for producers to work with a much wider variety of writers than it was say 20 years ago. If you look at S&K's writers for instance they've always had some random collabos but a large portion of tracks would be with writers they'd work with for years. And they still did that with Claude in the late 00s / early 10s. You see the same thing with StarGate for example but those stints are usually a bit shorter.

It's called Sure Of Myself, registered as written by just him & Sia. It's probably Teddy Geiger or something, one of 'his' producers but I don't know for sure. It leaked some time after his last album came out, I'm guessing it was probably for a re-release or something and probably won't be released now.

Yeah I love that whole concept though and love hearing the different takes on the beat.

Ahh great got it. Looks like someone has it on there still illegally as a feature haha Hate his voice but can definitely hear Sia's influence its not too bad. The only song I like by him is the one with Camila and that's cos she takes over most of it haha I hate him because his name suggests he's a sexy latino and he's actually a pussy Starbucks basic white boy

The verses are so lame but the pre-chorus and chorus are pretty good, melodically at least. Like the sound of that "and as I grow older my faith grows old as well" is the Sia I need. I get that it's My Little Pony and all but Rainbow is hardly the direction I want to see her go in ugh

LMAO can't believe it's still on there, hilarious...couldn't believe what a drama they made out of it either, that's like the only track of his that ever leaked that I know of. Spoiled brat :p yeah he's super plain looking with his ginger ass, he doesn't look latino at all. I'm not a fan of his singing either, he sounds too much like Justin Timberlake, kinda whiny, albeit less nasal but he does write a lot of his own stuff, plays guitar and it's not too bad for his age. He's just sort of decent in everything that he does, he's hardly an amazing songwriter and I hate the lack of outside writers & producers. He has some decent stuff but I haven't listened to his albums beginning to end. I did [& still do] like Mercy though. He'd be more interesting if more of his tracks had an interesting writer, and the least they can do is put out a StarGate track or something.